Anyone would have to agree that smartphones have become a central feature of life. Most smartphone owners are with their phones all day and sometimes all night – or at least – their phones rarely leave them by more than a few metres. Most of us keep our phones in our pockets, or very close by.

Throughout the last decade or so, there has been great debate about whether or not smartphones harm us.

This debate has been quite opaque at times, partly because we’ve only been using phones as much as we do now for 20 or so years, and partly because the key stakeholders are huge tech firms that profit greatly from smartphone usage.

The WHO officially classified mobile phone radiation – also known as EMF – as a 2b ‘possible carcinogen’.

This shows that mounting evidence surrounding mobile phone damage is becoming harder to deny. Many scientific circles are now greatly sceptical of how safe mobile phones are and whether we’re sleepwalking into a serious public health timebomb.

How Can Phones Harm Us?

Mobile phone usage is linked to a wide variety of mental and physical health problems. On the mental side of things, excessive mobile phone usage has been linked with depression, self-conscious feelings and even suicidal thoughts, especially amongst younger users.

On the physical side of things, phones emit radiation, which due to the proximity of phones next to our bodies and how much we use them, is readily absorbed into the body.

Let’s be clear about something – phones do not emit this type of radiation. They emit radiation mostly in the radiofrequency (RF) and lower microwave part of the electromagnetic spectrum.

But, that doesn’t tell the whole story. Scientists now think that non-ionising radiation can indeed cause damage to humans.

This recent scientific review of the evidence from Trent University, Canada, found the following:

Here is a rather complex and convoluted diagram of how mobile phone radiation can damage cells and cause infertility. The two important conclusions are highlighted in yellow.

These findings have been substantiated by numerous peer-reviewed scientific papers and now, a group of highly esteemed scientists have joined the EMF Scientist Appeal to encourage governments to tackle EMF radiation risks and educate the public on safe mobile phone usage.

The EMF Scientist Appeal has collected evidence from numerous papers and say that the evidence is unequivocal – mobile phones do pose a risk to our health.

What Do Phone Manufacturers Say About Keeping Your Phone in Your Pocket?

Some scientists and analysts have likened the reaction from the industry to be similar to that of tobacco companies when scientific papers first showed the links between tobacco and smoking. In other words, they’re pretty quiet about the whole thing and some are even accusing them of suppressing the evidence whenever they can.

EMF has become a touchy subject, especially given the recent sensationalism surrounding 5G and the conspiracies that sprung from that, though there is a good deal of truth to people’s worries about increased 5G exposure.

Recently, even manufacturers have been warning their users of overexposure. For example, Apple advises their phone users to keep their devices 10mm away from their body to prevent overexposure to radiation.

If you don’t believe it, you can read it for yourself here:

For newer models, like the iPhone 11, the guidance is perhaps even more ominous and spooky. The guidance says “To reduce exposure to RF energy, use a hands-free option, such as the built-in speakerphone, the supplied headphones, or other similar accessories”. So what are they suggesting? Using your phone without touching it, not keeping it in your pocket, or what?

Furthermore, whilst phones are tested for their specific absorption rates – or SAR – which you can read more about here – SAR has been heavily criticised for providing a poor evaluation of how phone radiation can penetrate the body. The legal levels for SAR are also argued to be underestimated.

What Does the Media Say About Mobile Phone Radiation?

It’s interesting to look at how the media’s stance towards mobile phone radiation has changed over time. As you might expect, however, most newspapers can’t make up their minds.

Medical News Today here says “Cell Phones Pose No Health Risk,” but then manage to contradict themselves immediately by saying “health risks from exposure to the fields have not been confirmed or proven, therefore, the experts believe that “general caution” is adequate.”

They probably said ‘general caution’ was adequate when people started dying prematurely from radiation products or smoking, too.

And here are two headlines from the Daily Mail that further illustrate cognitive dissonance in the media:

The WHO’s classification of EMF as a 2b possible carcinogen hasn’t helped either, with some papers claiming that phones still pose the same risk as ‘eating pickles’.

Ultimately, the evidence speaks for itself and the EMF Scientist Appeal shows the resilience of the scientific community in trying to educate the public on mobile phone health impacts.

What Dangers Do Mobile Phones Pose to Human Health?

There are now many hundreds of highly reputable peer-reviewed studies on mobile phones and their potential for harm. WaveWall has collated some of the more well-known papers here.

To summarise some of the main potential impacts of mobile phone radiation on human health:

It’s worth stressing that evidence here is building all the time. Mobile phone usage as we know it has only been under study for maybe 20 years at the most. This is a developing field – more evidence is coming out all of the time.

What you can say for certain, however, is that new evidence is substantiating many of these health impacts rather than rejecting them.

Is Keeping Your Phone in Your Pocket Bad?

Modern phones are exchanging data to and from telephone masts and other equipment on a constant basis. They’re always searching for signals (unless you’re in airplane mode). From near-field-technology (NFT) to Bluetooth, WiFi, 4G, 5G and wireless charging, phones are emitting radiation from multiple sources.

The closer your phone is to your body, the more of that radiation soaks into your flesh. Once it penetrates the body, it can get to work mutating your cells and causing DNA damage via oxidative stress and free radicals. 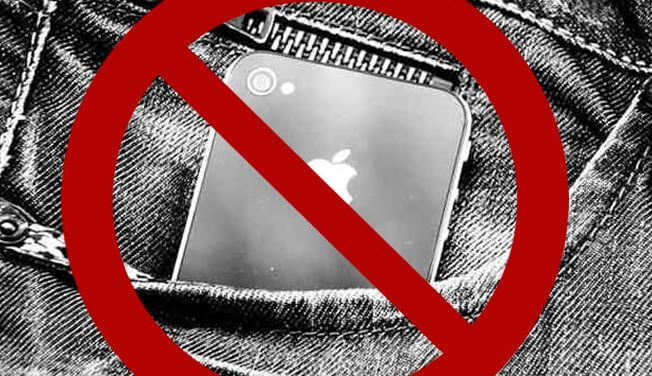 For men, our pockets are very close to our testicles. That’s bad news, as research linking mobile phone exposure to male infertility is particularly strong.

For women, there is still evidence of infertility resulting from EMF exposure, though it is less strong than for men.

For people of any and all genders, mobile phones kept in pockets still expose us to above-average levels of radiation.

How Can You Prevent Mobile Phone Damage?

1: Use Your Phone Less

Well…it’s so obvious yet so easy. Using your phone less and crucially, keeping it away from your body when not in use, is the first step to minimise exposure to EMFs.

2: Don’t Keep Your Phone in Your Pocket or Bra

Your trouser or shorts’ pockets position your phone close to juicy flesh that radiation can readily absorb into. Men, this is a maximum priority – do not keep your phone in your pocket close to your testicles. It’s easy to avoid – WaveWall cases and the WaveWall card are perfect for blocking phone radiation from entering your legs and groin from your pocket. The DIY option is to remove it and place it in a bag, or at least an outerwear coat pocket.

Women, do not keep your phone in your bra. As phones get bigger, this has become harder to do anyway. But still, if you’re inclined to do this then stop immediately – studies have established links between phones and breast cancer. Again, invest in a protective anti-radiation case, or move your phone to your bag.

3: Do Not Sleep With Your Phone

We’ve covered this subject in detail here. The lowdown is, sleeping near your phone and using it the last thing at night is bad for you in many ways. Many of us have probably already heard about this on the news – we’re always being urged to use our phones less at night especially.

But there are some very good reasons why this is genuinely bad for us, not least the risk of radiation travelling into our bodies whilst we sleep.

Also, if you sleep with your phone in your bed or in your hand, stop immediately. Place your phone 2 to 3ft away from yourself, preferably further.

Special mobile phone cases block radiation. It’s a relatively simple technology and high-effective. WaveWall phone cases have been independently tested to reduce radiation exposure by 87%. This is a huge chunk of improvement and can be complemented by using your phone less in general, especially at night.

WaveWall offers phone cases for many phones and the simple WaveWall Card that slots between your body and your phone – beautifully simple! 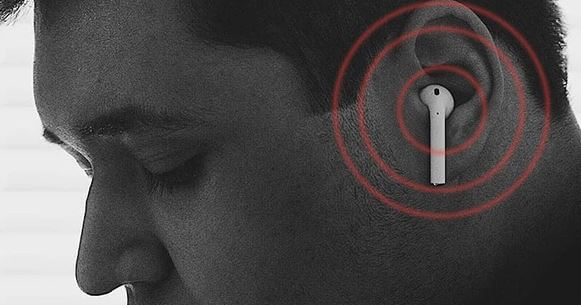 Summary: Should You Carry Your Cellphone in Your Pocket?

It’s too risky on many levels. We’re aware that not everyone is totally willing to accept the dangers of mobile phone usage (including the media). But, science is building at a quite rapid rate and the time to act is now.

There’s really no harm – nothing to lose – in taking mobile phone usage seriously. It’s not a hyped-up media story, alarmism, sensationalism or fear-monger, but a genuine concern for both our current generations and also future generations.

The bright side is, there are many things we can do to protect ourselves from mobile phone radiation. We are not sentenced to a life stuck to our phones, and even if we do need to use our phones a lot, equipping yourself with anti-radiation phone covers goes a long way to reducing exposure.