WiFi routers, which are often left on constantly, use a significant amount of power and emit radiation in the 2 to 5 GHz range, which falls partly in the radio frequency range of the electromagnetic spectrum and partly in the microwave portion.

This range is similar to that of cellphone radiation. Some people may be concerned about the potential health effects of exposure to WiFi radiation and may wonder if they should take steps to reduce their exposure. So, what about putting a WiFi router in the bedroom?

What Is WiFi Radiation?

WiFi radiation, or radiofrequency (RF) radiation, is a type of electromagnetic radiation (EMF) emitted by electronic devices that use wireless technology, such as WiFi routers, cell phones, and laptops.

RF radiation is part of the electromagnetic spectrum, which includes a range of energy waves and particles with different wavelengths and frequencies. RF radiation is at the lower energy end of the spectrum and is classified as non-ionizing radiation. This means that it does not have enough energy to remove charged particles, or ions, from atoms.

Despite being classified as non-ionizing, RF radiation has potential health risks, particularly long-term exposure. In 2011, the World Health Organization (WHO) classified RF radiation as a Group 2b possible human carcinogen based on evidence that it may cause cancer in humans.

Other potential health effects of RF radiation include an increased risk of developing brain tumours and other cancers, as well as effects on the nervous system and the development of children. Read more research into the effects of EMF on health.

However, some people may be more sensitive to RF radiation and may experience adverse effects at lower levels of exposure. It is also important to use electronic devices responsibly and follow recommended guidelines to reduce the risk of potential health effects.

What Is WiFi Radiation?

Although RF radiation is considered “non-ionizing” because it has low energy and cannot remove charged particles from atoms, it has been classified as a possible human carcinogen by the World Health Organization (WHO). In addition, long-term exposure to RF radiation may have adverse health effects.

Is It Dangerous To Have A WiFi Router In Your Bedroom?

There are a few comprehensive papers on Wi-Fi-related health impacts. One such paper by Dr Martin Pall, is entitled “WiFi is an important threat to human health”. The paper cites 23 controlled scientific studies in animal cells, including human cells, both in vitro and in vivo.

Much of the evidence cited in this paper is mirrored across studies into EMF, which the WHO labeled as possibly carcinogenic. In addition, hundreds of scientists signed a joint petition to encourage governments to take a greater interest in radiation-related harm.

In short, if the evidence is to be believed, keeping a WiFi router in the bedroom is dangerous due to the potential health risks associated with exposure to electromagnetic field (EMF) radiation, including radiofrequency (RF) radiation. Long-term exposure to EMF radiation has been linked to negative effects on sleep and has been classified as a possible carcinogen by the World Health Organization.

Some studies have also suggested that EMF radiation from WiFi may disrupt brain glucose metabolism and increase the permeability of the blood-brain barrier, potentially leading to a range of other largely under-researched health issues.

One of the most pressing impacts of sleeping near a WiFi router is its effect on sleep quality.

The production of melatonin, a hormone that plays a key role in regulating sleep and wakefulness, can be disrupted by exposure to electromagnetic field (EMF) radiation. Melatonin is produced by the brain’s pineal gland and helps regulate the body’s internal clock, or circadian rhythm.

Various factors, including exposure to light and darkness, influence the production of melatonin.

A study conducted by the Department of Electrical and Electronic Engineering at the University of Melbourne in 2012 found that exposure to weak EMFs can significantly disrupt human melatonin production.

The study found that the body’s ability to produce melatonin is impaired by exposure to EMF radiation, as the body interprets it as light and may not produce enough melatonin to regulate sleep. This disruption of melatonin production can lead to difficulties falling asleep, staying asleep, and experiencing restful sleep, which can negatively affect overall health and well-being.

Further, modern increases in the use of supplemental melatonin may be related to the high levels of EMF radiation and blue light exposure that many people experience before bedtime. Devices such as smartphones and laptops emit both EMF radiation and blue light, which can interfere with the body’s natural production of melatonin and disrupt sleep, which compounds the effect. 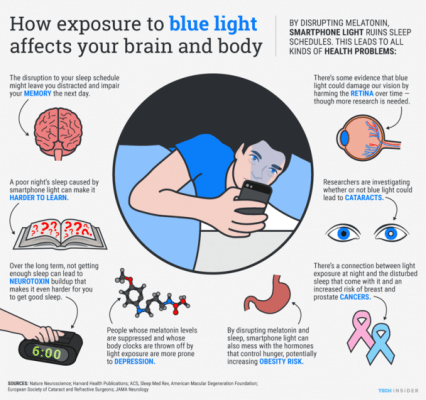 Read about the impacts of sleeping next to your phone here.

Protecting Yourself From WiFi Routers

To ensure safety from WiFi radiation, it is generally recommended to keep a distance of 25 to 35 feet from the WiFi router, depending on its power levels.

Authorities in the US, Europe and other countries have also established guidelines for the Specific Absorption Rate (SAR) of electronic devices, which measures the amount of radiation absorbed by the human body at a specific distance.

These guidelines recognize that too much exposure to electromagnetic field (EMF) radiation can harm the human body, particularly at close distances. While maintaining a safe distance from the WiFi router can greatly reduce your exposure to its radiation, keeping the router in your bedroom is not recommendable.

Modern WiFi routers are equipped with WiFi 6 and are hugely powerful, supporting multiple devices, and are unlikely to dip below a certain output.

As a result, it’s simply not prudent to sleep near a WiFi router.

Of course, if you have no choice but to keep the router in your room, you can simply unplug the router at night.

Exposure to WiFi radiation can be reduced by taking steps to minimise the amount of time you spend near the router and the strength of the signal. Here are some additional details on the suggested steps:

Summary: WiFi Router in the Bedroom

WiFi is a form of non-ionising radiation which the WHO has declared a ‘possible human carcinogen’. While the risk of occasional WiFi exposure is ultimately very low, exposing yourself to it every night is not prudent.

Cutting down WiFi exposure at night is simple enough and well worth doing if you can’t help but keep your router in your bedroom. The more you can distance yourself from it, the better.