But there’s another issue here: radiation. Newer WiFi routers are more powerful than ever, and that radiation is passing through us regularly.

WiFi radiation operates in the 2 to 5 GHz range, which is partly in the radio frequency range of the electromagnetic spectrum and partly in the microwave portion. WiFi occupies a similar range to cellphone radiation.

So, should you take evasive action to reduce exposure to WiFi radiation? We’re going to answer that question in detail.

WiFi is a tremendous invention. Pause for a moment to consider that waves of data are probably passing through you right now. Your phone and your PC – they don’t have to be connected to anything to connect to the internet – they can receive vast quantities of data wirelessly.

Back in the 90s, the internet was largely unable to transfer large amounts of data. Those old enough will remember that dial-up tone and the tenuous download speeds of the early internet.

Today, the internet is much-evolved. We are on WiFi 5 and 6 now, and WiFi 7 is likely to be released in 2024 or so. WiFi 6 is more powerful and is capable of a maximum theoretical speed of 9.6 Gbps in a controlled environment. 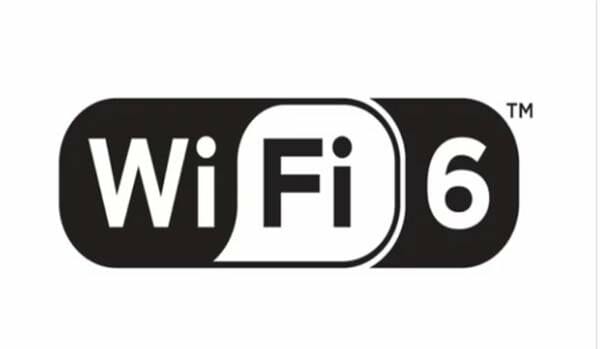 That’s around three times faster than WiFi 5’s 3.5 Gbps speed. So you could download the Lord of the Rings Trilogy in 4k in about one second.

Modern WiFi routers with WiFi 6 are not just more powerful for download speeds; they also support multiple devices and are unlikely to dip below a certain output.

One of the technologies WiFi 6 uses is orthogonal frequency-division multiple access (OFDMA) technology which can transmit up to 6GHz. Like phones and other electronic devices, WiFi is all about power, power and more power.

Is WiFi a Health Hazard?

There are strong arguments on both sides of the table, but for the most part, WiFi radiation is at least as hazardous as mobile phone radiation. But while phones are used somewhat intermittently, WiFi is usually left on all the time.

Assessing the effect of WiFi radiation is difficult, partly because WiFi is a fairly new technology and partly because there are influential industry voices in telecoms repressing genuine scientific debate – similar to Big Tobacco in the 1930s to 1970s or so.

To clarify, the type of radiation emitted by WiFi routers and mobile phones is non-ionizing. It’s not the same as x-rays, gamma rays, etc., which exist on the upper end of the electromagnetic spectrum beyond visible light. Instead, these devices emit relatively long wavelength radio waves.

Most radiation research investigated ionising radiation because it’s undoubtedly more dangerous. But researchers have now placed non-ionizing radiation under the spotlight, and the findings are quite disturbing. In fact, the WHO themselves have classed mobile phone radiation as a Class 2b Possible Carcinogen.

Non-ionizing radiation, such as that produced by WiFi routers and mobile phones, has been linked to:

WiFi Radiation: What Does the Evidence Say?

Numerous peer-reviewed studies document the effects of cell-phone and other radiation which operate in the same or similar bands to WiFi. The evidence there is very tough to refute.

Over 247 cross-disciplinary researchers have joined the International Scientist EMF Appeal to warn governments about the potentially disastrous effects of unbridled radiation:

The EMF Appeal has appealed to the UN and national governments. Evidence submitted to a public inquiry for the UK Parliament Committee states:

“The EMF Scientist Appeal states that the ICNIRP guidelines (on which Public Health England the UK government rely) are insufficient to protect public health. Numerous replicable studies have shown that EMF affects living organisms at levels well below the ICNIRP guidelines. 5G is of particular concern and is the subject of a separate “5G Appeal” by scientists.”

The Science of WiFi-Related Harm

There are a few recent papers on WiFi-related health impacts. One is this extremely detailed paper by Dr Martin Pall, entitled WiFi is an important threat to human health. The paper uses 23 controlled scientific studies in animal cells, including human cells, both in vitro and in vivo.

Much of the evidence used in this paper mentions the same actions as to why mobile phone radiation causes damage. EMF radiation disrupts electrical activity and signalling channels in the body, causing a cascade of small changes that can result in cell and DNA damage.

There is a competing literature review which concludes that WiFi isn’t damaging, stating, “we found little evidence that WiFi exposure is a health risk in the everyday environment, where exposure levels are typically considerably lower than ICNIRP guideline values”.

However, the researchers admit that long-term effects are hard to gauge. And they also state that some papers found biological effects when increasing exposure beyond regulated limits.

Forbes published an article where a radiation oncologist gave their few on WiFi. The article makes some frankly bizarre claims, such as arguing WiFi isn’t as high wavelength as visible light and, therefore, can’t be dangerous. This totally neglects the fact humans – and most organisms on the planet – have adapted to visible light. Moreover, visible light certainly can be damaging at the lower end of the spectrum.

The article also claims a lag period between exposure and increased cancer rates, stating, “conservatively, there should be at least a few excess cases of glioma caused by cellular (or WiFi) electromagnetic radiation by now.”

This is strange, considering that numerous studies have revealed precisely that.

In the end, the media has a habit of proving itself wrong on such subjects, and Forbes has published many warnings about mobile phone radiation – and has even promoted anti-radiation cases!

If you’re still sceptical, consider how much energy WiFi wastes.

These stats are a little old now, and routers have become more efficient. Even so, running a modern router 24/7 is likely to cost around £30 per year in the UK, if a little more given rising energy costs. Scale that up to 90%+ houses in the UK, some of which have multiple routers (especially commercial premises), and you can see how turning WiFi on 24/7 has a massive impact.

Turning WiFi off when not in use is good for human health and the environment. So, what can you do about it?

1: Remove Your Router From Your Bedroom

It’s very sensible to keep routers away from where you sleep or spend most of your day, whether that’s a bedroom, living room or home office. Keep the router somewhere you don’t sit or sleep, like the hallway.

2: Turn The Router Off at Night

There’s no real need to leave WiFi on at night. Some OTA updates might trigger at night, but gone are the days when an update download takes hours to complete! Turning your router off at night is a simple solution for cutting exposure by around 1/3rd.

If you can’t remember to turn it off, use a timer. Standard timers are easy to use, and you can set a schedule that turns your router on sometime before you get up to give updates a chance to download.

Timers are cheap and will also encourage you to stop surfing the net when it’s time to put screens down and get ready for bed – which has health benefits in itself.

Use a Bluetooth-enabled smart plug if you want the push-button ability to turn your router on and off. These are cheap and easy to use – you connect them to your smartphone and can switch off the router remotely.

4: Turn the Router Off Via Settings

All routers have settings you can access from a web browser. However, you have to be connected to the WiFi router to access them.

You can find instructions here, but basically, each router has an address you enter into your browser to pull up the control panel. Log in, and you’ll be able to turn off your router remotely. You’ll have to turn it back on manually.

Alternatively, you could swap your router for one which has a hardware switch, such as the Fritz.box range of routers (eg FRITZ!Box 7530 | AVM International). Not only does this type of router allow you to switch wifi on and off at will, it reminds you that you can!

You should check first with your internet provider whether it’s possible to use a router that is not provided by them.

5: Use Your Router App

Some modern routers have a smartphone app that enables you to control and manage your router. You can sometimes use the app to turn off the router remotely.

Summary: Should You Turn Off Your WiFi Router at Night?

In a word, yes. Turning your WiFi router off at night drastically reduces exposure to unnecessary radiation. You’ll also save energy in the process. We turn off most electrical devices at night, so why leave routers on?

WiFi radiation is most likely harmful on some level, but we don’t quite understand the extent of which yet. It’s impossible to say how bad WiFi radiation is for us, as the negative effects probably won’t show up for years from now.

However, some cancers are increasing dramatically, fertility is decreasing, and technology use – including radiation exposure – is looking like a significant factor in why this is happening.

There is plenty of reputable scientific evidence describing the harmful effects of WiFi and cellphone radiation. Turning the router off at night is the first line of defence, and we should all get into the habit of doing it.