Most people know that a few hundred years ago, in 1746, Benjamin Franklin was chasing down lightning storms only to discover electricity. What most people do not know is that he also found a property of electricity that he could not explain: he conducted an experiment by electrifying a silver pint can and lowering an uncharged cork ball attached to a non-conductive silk thread through the center only to find that the ball was not attracted to the interior sides of the can. However, once he placed the ball by the can’s exterior, the cork ball was immediately drawn to the can.

He pondered this experiment and never learned the reason for the outcome. Decades later, in 1836, Michael Faraday resolved this question with his invention of the Faraday cage.

What is a Faraday cage? Have you ever wondered what would happen to a plane that is struck by lightning? Many would think that this is a low-occurring situation and not relevant, however, it happens regularly–it is estimated that all planes in the US are struck at least once a year. Just like the silver pint, when lightning strikes a plane, its passengers inside stay safe from electrical harm. How does this work?

Michael Faraday expanded on Benjamin Franklin’s observations by uncovering that an electrical conductor (such as a metal cage) when charged only holds a charge on its surface, having no effect on the interior. So when a plane is struck by lightning, it is acting as a Faraday cage, bouncing the electrical charge away from its interior.

How does this all relate back to cell phones? 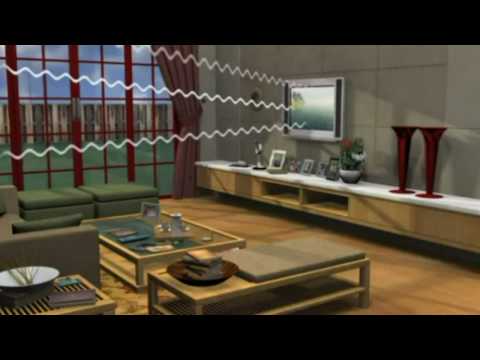 Even though we may not be able to see most of it, electromagnetic radiation is all around us. For instance, today, about 6 out of 7 billion people own cell phones. In order for these 6 billion+ cell phones to properly send and receive data, they must constantly emit microwave radiation. That is a lot of invisible radiation at work. Scientists today wonder if this radiation may be harmful to us in the long-run.

Though there are many speculations, one with increasing scientific evidence is the effect of mobile radiation on male fertility. There are a number of studies that have shown that mobile radiation may lower sperm count, sperm viability, sperm motility, and testosterone levels, which are main factors to all infertility cases. In a recent survey conducted in the US, about 75% of men carry their phones in their front pockets. In addition, about 1 in 5 healthy young men aged 18-25 have low sperm count. Is there a correlation between these two pieces of information or is it simply a coincidence?

With WaveWall, we don’t want you to have to take that risk. We found that using the principles of a Faraday cage, we designed a sophisticated and stylish leather phone case that sends microwaves away from the body while providing practical protection to your phone. With these cases, the mobile radiation absorbed by the body can be reduced by up to 87%. Read more about how it works here.

Insure your ability to have children in the future by protecting your manhood today.