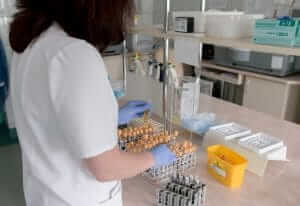 Sperm count can even be affected by mobile phone radiation…

A low sperm count is called ‘oligospermia‘. Today, the World Health Organisation defines a low sperm count as below 15 million sperm per millilitre. Just a few years ago this figure was 20 million – a sign of how far sperm counts are falling worldwide.

‘Sperm count’ can also refer to the total number of sperm in a man’s ejaculation, rather than the density of sperm per millilitre.

Why does sperm count matter?

Because a man’s sperm count varies from day to day and even between different times of the day, it is often necessary to take several samples before deciding whether the count is too low. A sample’s sperm count can also vary according to how it was collected, with samples provided during intercourse often providing a higher figure.