Being infertile in a world when all your friends and family seem to be bursting with babies (without even wanting them in some cases) is possibly one of the most painful and frustrating situations that exists. Sex and the City’s Charlotte York is a perfect example of a young woman surviving in this situation–her friend Miranda struggling with her new baby, attending another friend’s baby shower to find out that she was “stealing” Charlotte’s secret baby name–throughout the seasons, even Charlotte’s dog, Elizabeth Taylor, gets pregnant! 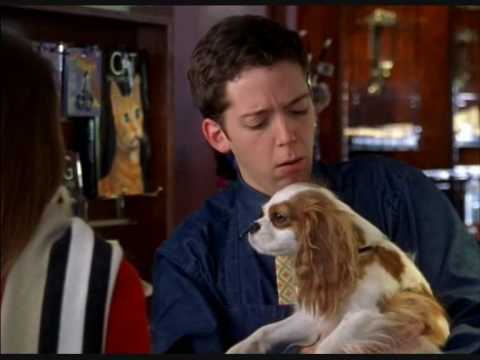 The show concludes with Charlotte adopting a baby girl from China and eventually, after she’s stopped trying, finally getting pregnant and having a child of her own with her husband, Harry. But oh, boy, her journey to get to that point was not easy.

What is it really like to be infertile?
One feeling universally shared by those who are infertile is how they feel alone. They feel like they are broken–something is wrong, and whatever it is, it’s their own fault. In reality, this could not be further from the truth: about 1 in 8 couples are infertile and this statistic is increasing. On a global scale this means that more than 7 million couples are affected by fertility. The reason that people feel alone is simply because it is such a difficult topic to discuss. Recently, some celebrities have revealed some troubles with infertility–which helps, but it’s just a beginning.

The American Society for Reproductive Medicine says that infertility shouldn’t be blamed on anyone–roughly one third of the time, infertility can be attributed to women, one third to men, and one third a combination of both–though 20% of all cases are left “unexplained.”

Imagine going to a doctor who tells you that you are very sick. When you ask why, they reply that there is no explanation–you are just sick and they don’t know how to treat you. This is the same for cases of infertility that are left unexplained. Though there is already a vast amount of research on infertility out there, clearly there is still some grey area (20% of grey is quite a lot). Speculation for other causes of infertility such as mobile radiation, stress, and processed foods are still being expanded, but clearly, the big picture for the causes of infertility isn’t there yet.

On top of having to support family and friends who are having babies whilst you inexplicably can’t, infertility can deteriorate a marriage or relationship. The US News and World Report claimed that infertile couples who failed at treatments were 3 times more likely to get divorced. One previously infertile couple, Maya and Noah, shared that they “were emotionally, physically, and financially depleted” after a failed attempt at in vitro fertilization (IVF). Some psychological impact surveys further show that infertile women experience anxiety and depression just as anyone with cancer or any other serious illness would. What are your options?
There are a few options out there for infertile couples including in vitro fertilization, surrogacy, donor eggs/sperm, surgeries, and medications depending on the diagnosed cause. Many of these options can be expensive (upwards of 30,000 USD) and only around 30% effective.

“Why not just adopt?” Adoption is always an option and is often a great decision for many. There are many reasons why infertile couples would decide not to adopt not limited to financial reasons (it can cost to find the right match for you) and the fact that adopting means coming to terms with not being able to replicate your own blood. Though expensive, these options can be life-changing for many–about 5 million babies have been born as a result of Assisted Reproductive Technology (ART) since 1978 according to the European Society of Human Reproduction and Embryology (ESHRE).

“I guess in certain houses, fairy tales do come true.” -Carrie Bradshaw in response to Charlotte’s pregnancy, Sex and the City
Charlotte getting pregnant at the end of the series shows that there is still hope for infertile couples out there. Though the journey can be rough–physically, financially, and emotionally depleting–in the end, the feeling that you get once you have a baby-on-the-way is all worth it.